This year’s Colorado Tech Tour began with a focused community dialogue at Catalyst Campus for Technology & Innovation in Colorado Springs. The event featured mini-presentations by local and state representatives who shared their insights around the local tech economy. The resounding question in the room: What can Colorado Springs and surrounding communities do to fuel the local tech economy while clearing up misconceptions and filling vacant tech jobs?

A survey conducted to reveal the truth behind common misperceptions of Colorado Springs showed that locals are “hard on themselves.” “The perception of the economy improves as you move out of the immediate area,” said Hannah Mitchell-Parsons, Chief Community Development Officer of the Colorado Springs Regional Business Alliance (Business Alliance).

Downtown development is accelerating with new apartments and storefronts. With 44 units recently completed and 350 more on the way, the downtown area hasn’t seen development of this kind since the 1960s. 15 new storefronts have also opened in the first half of 2016.

Tatiana Bailey, Executive Director of the Southern Colorado Economic Forum and self-proclaimed “data geek,” suggested that “workforce availability could constrain the state’s growth.” She noted that Colorado Springs’ unemployment rates are above the national average, while Colorado as a whole is below the average. Equipped with a data dashboard, Ms. Bailey also pointed out that her organization has seen a recent increase of 95 percent in El Paso County home sales and that the local real estate market is projected to increase substantially in the near future.

“[We agree that] software developers represent the IT industry,” said Al Wenstrand, Chief Business Development Officer of the Business Alliance. Mr. Wenstrand explained how Colorado Springs is showing movement in the right direction. Of the Colorado Springs companies surveyed, 20 out of every 1000 workers were software developers. As a way to keep the sector healthy, Mr. Wenstrand suggests reducing the sales and use tax for data center operations and increasing worker compensation.

Top challenges for the area

Transportation infrastructure is among the most pressing of challenges to the growth of the local tech economy in the Springs. Increased north-south traffic on I-25 and limited air service are primary contributors to this problem. On the plus side, airlines like Frontier are offering new routes here, with direct flights to and from major cities such as Phoenix and Las Vegas. The need to support continued service expansions like these is clear.

“The low cost of living is a strong point for talent attraction and retention,” said Wendy Brors, Chief Development Officer of Colorado Technology Association (CTA). She noted that the median home price in the Springs was $240,000, compared to an exorbitant $1,000,000 in Boulder. Mr. Wenstrand added that the cost of living among other tech communities in America is the second lowest in the country, behind Huntsville, Alabama.

Building the tech talent pipeline from within

Mrs. Brors suggested that boosting local STEM education can improve the local tech talent pipeline. She noted, “By bringing in more adjunct professors from industry, universities can expand their course offerings.” Dana Barton, Business Relations and Employment Development Director at Pikes Peak Workforce Center (PPWC), cited the Workforce Innovation Opportunity Act, which aims to grow talent pipelines for Colorado. Their skills gap report from December 2015 references a strong pull for cyber and healthcare industries. Ms. Barton also spoke to the work being done for America’s Promise grant program, which is improving support for workers on H-1B temporary visas, and apprenticeship grants as ways that the PPWC is aiming to improve talent in the Colorado.

The audience was asked to participate in a Strengths, Weaknesses, Opportunities, Threats (SWOT) analysis during the event to discern what areas of opportunity were most important to growing a healthy tech sector in the Springs. The top four areas rose to the top of the list:

According to Dirk Draper, President and CEO of the Business Alliance, “The time is right to act.”

About the Catalyst Campus

The FUSE Impact Room, sponsored by the Colorado Advanced Manufacturing Alliance (CAMA), is perhaps the most impressive technological feature on the campus. “The Impact Room is intended as a place for manufacturing leaders to discuss best practices in the industry,” said Don Kidd, Executive Director of the Southern Colorado Technology Alliance. The room is outfitted with state-of-the-art teleconferencing and A/V systems, and can be connected seamlessly to other highly tech-equipped rooms worldwide. 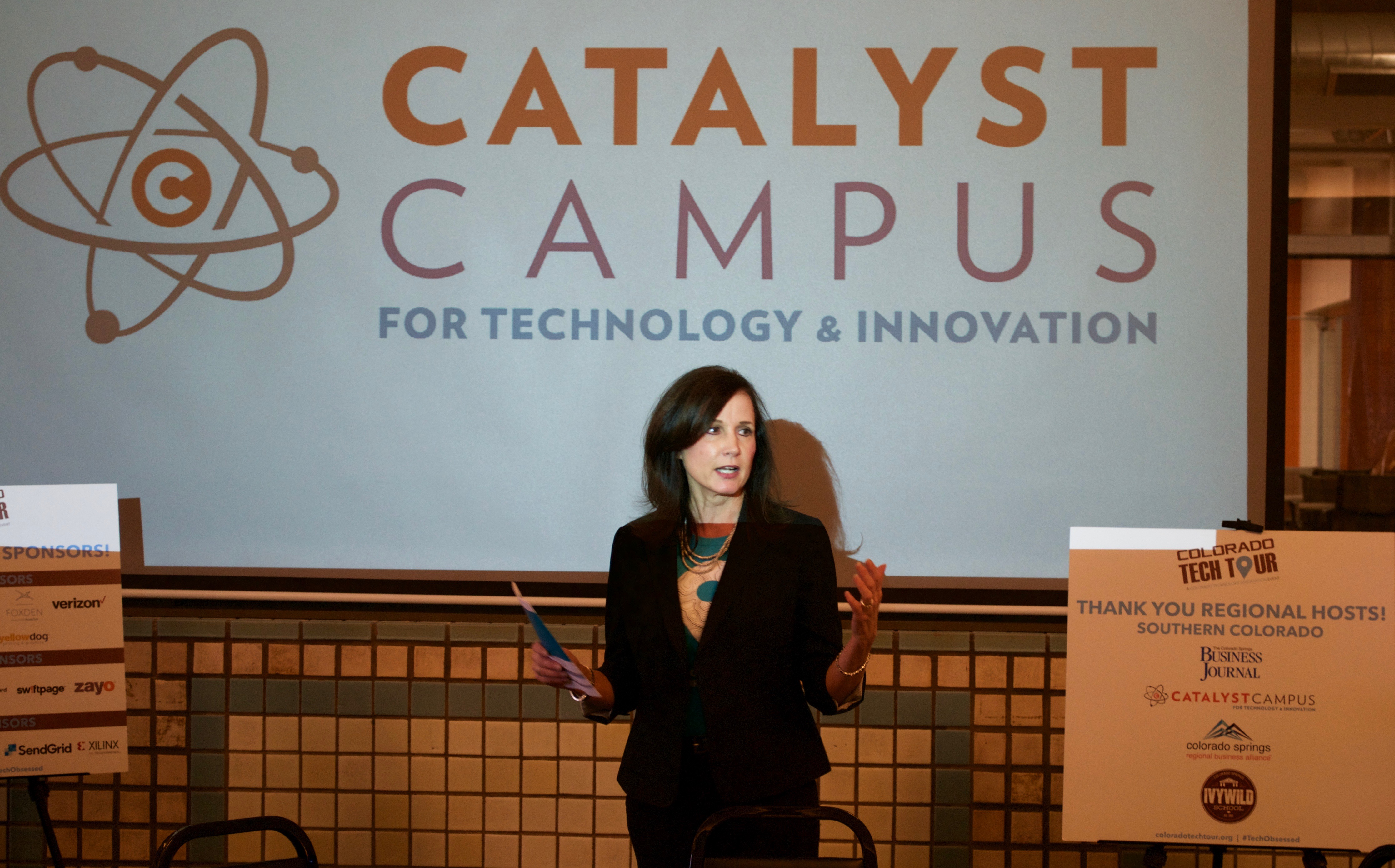 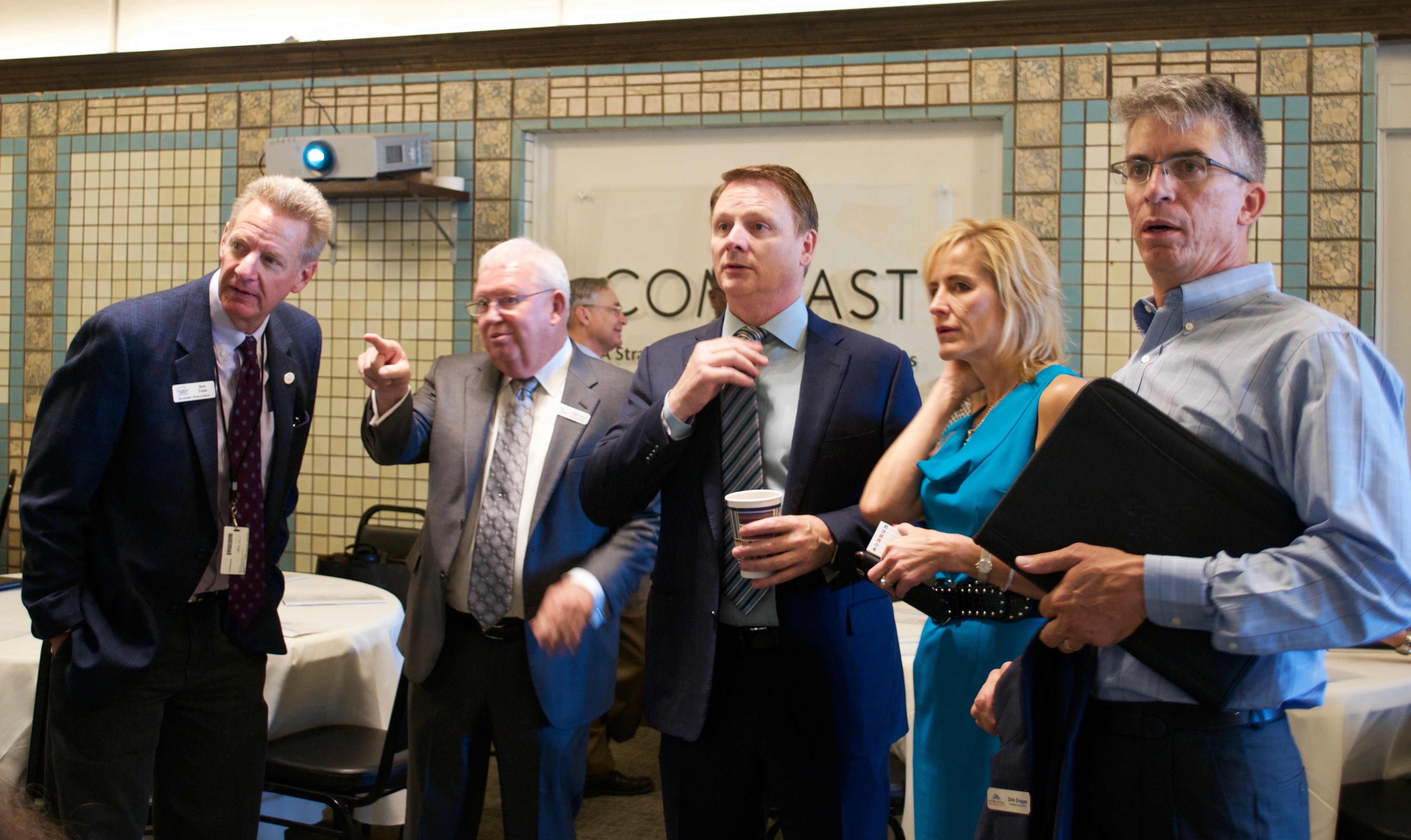 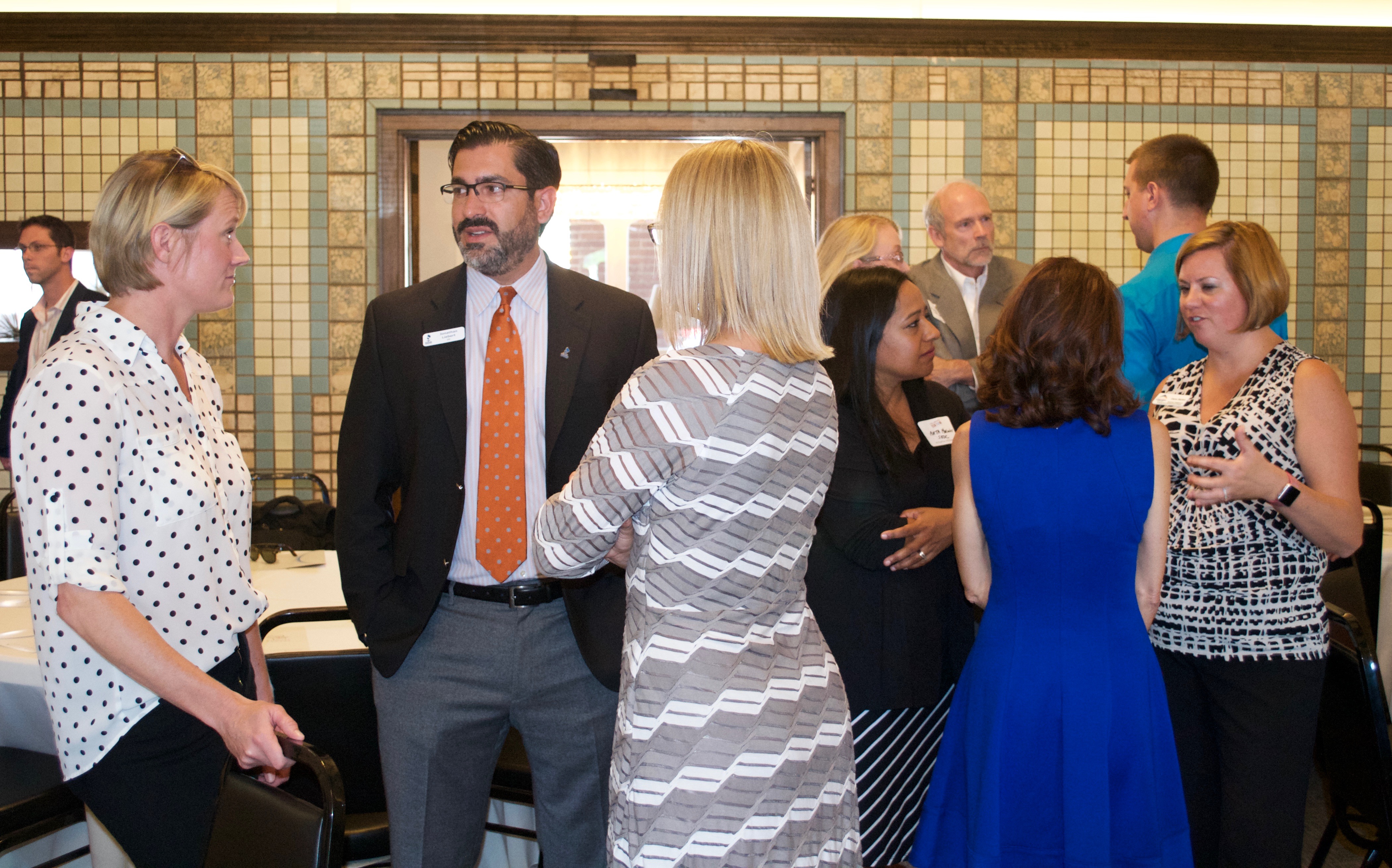 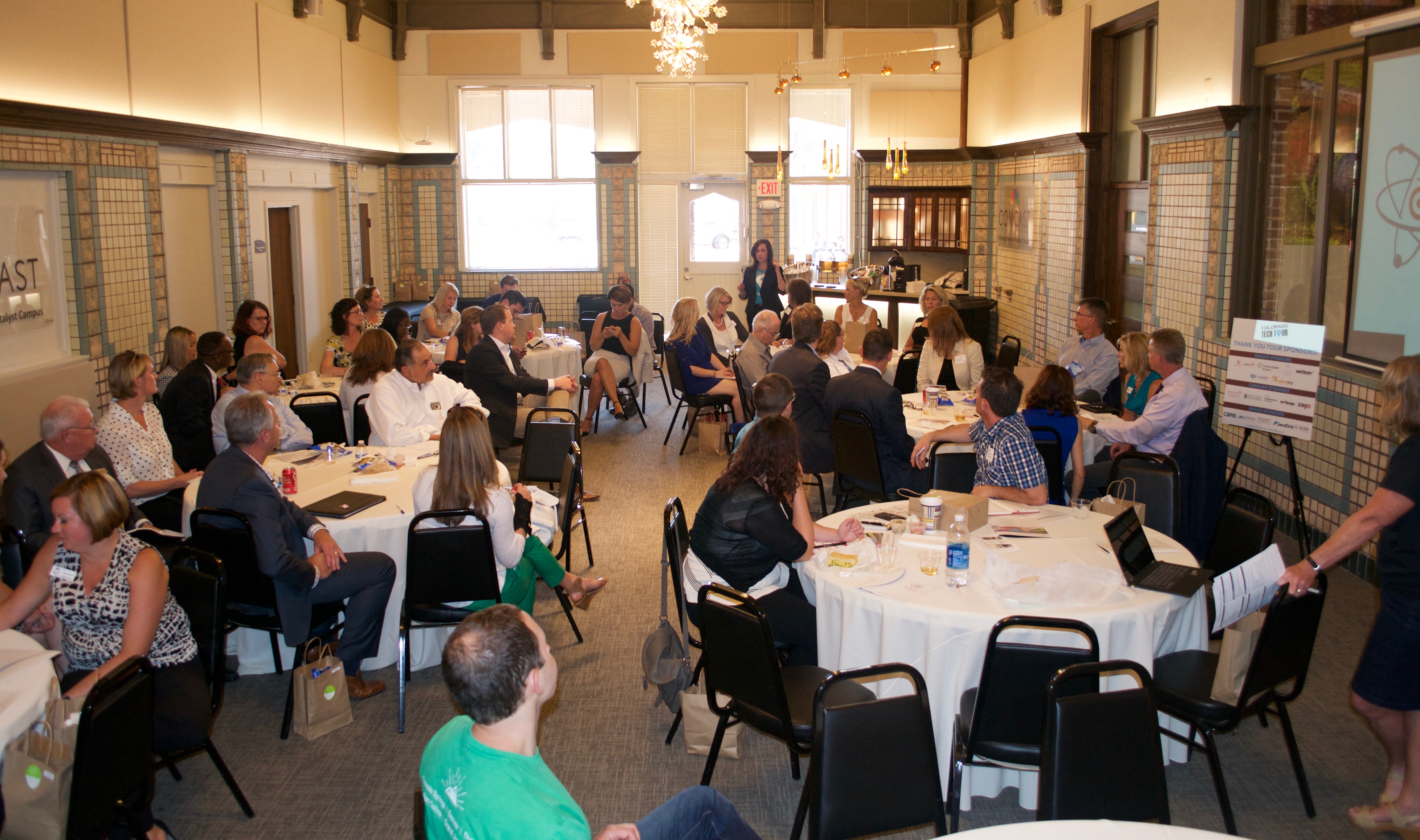 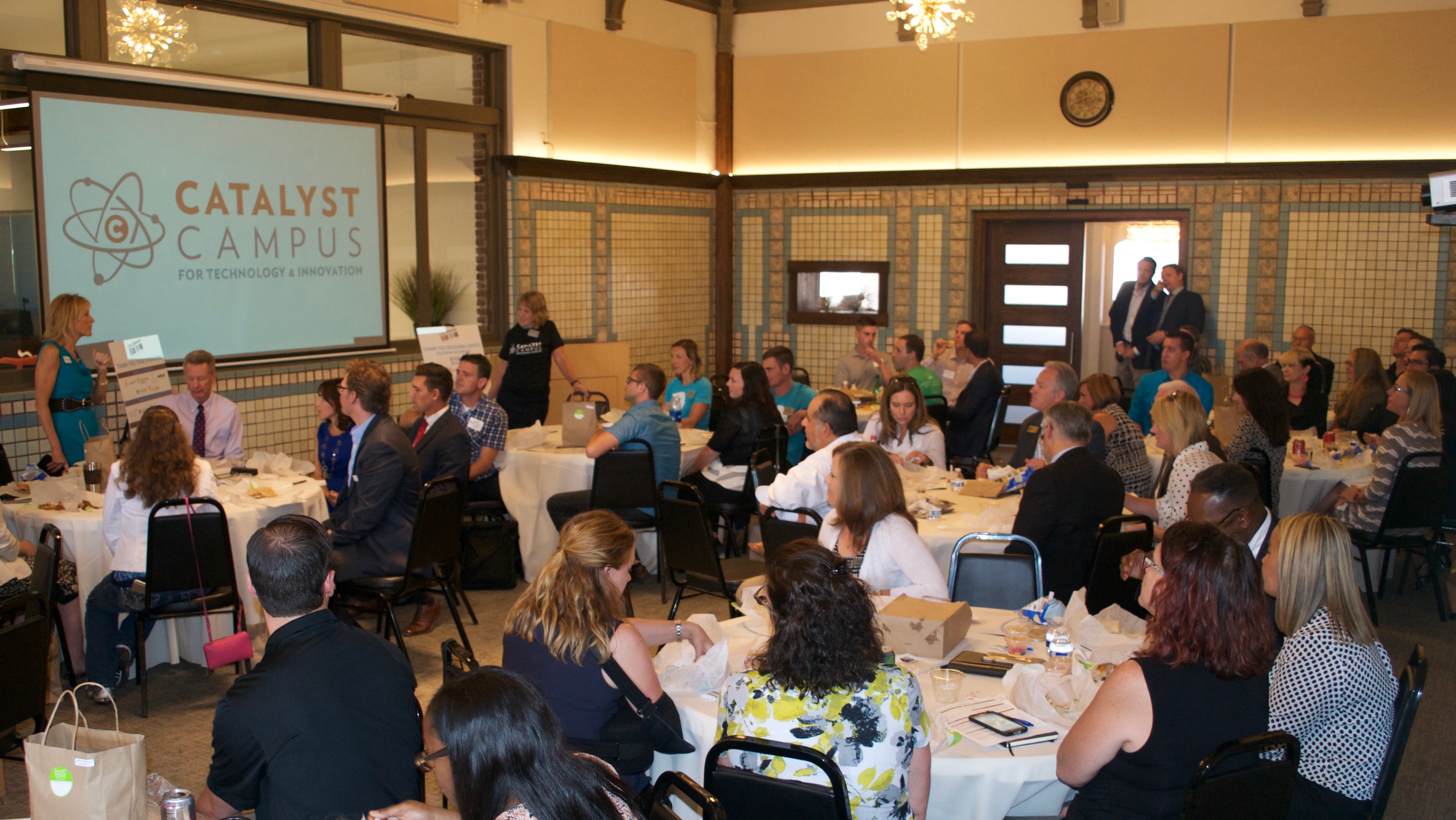 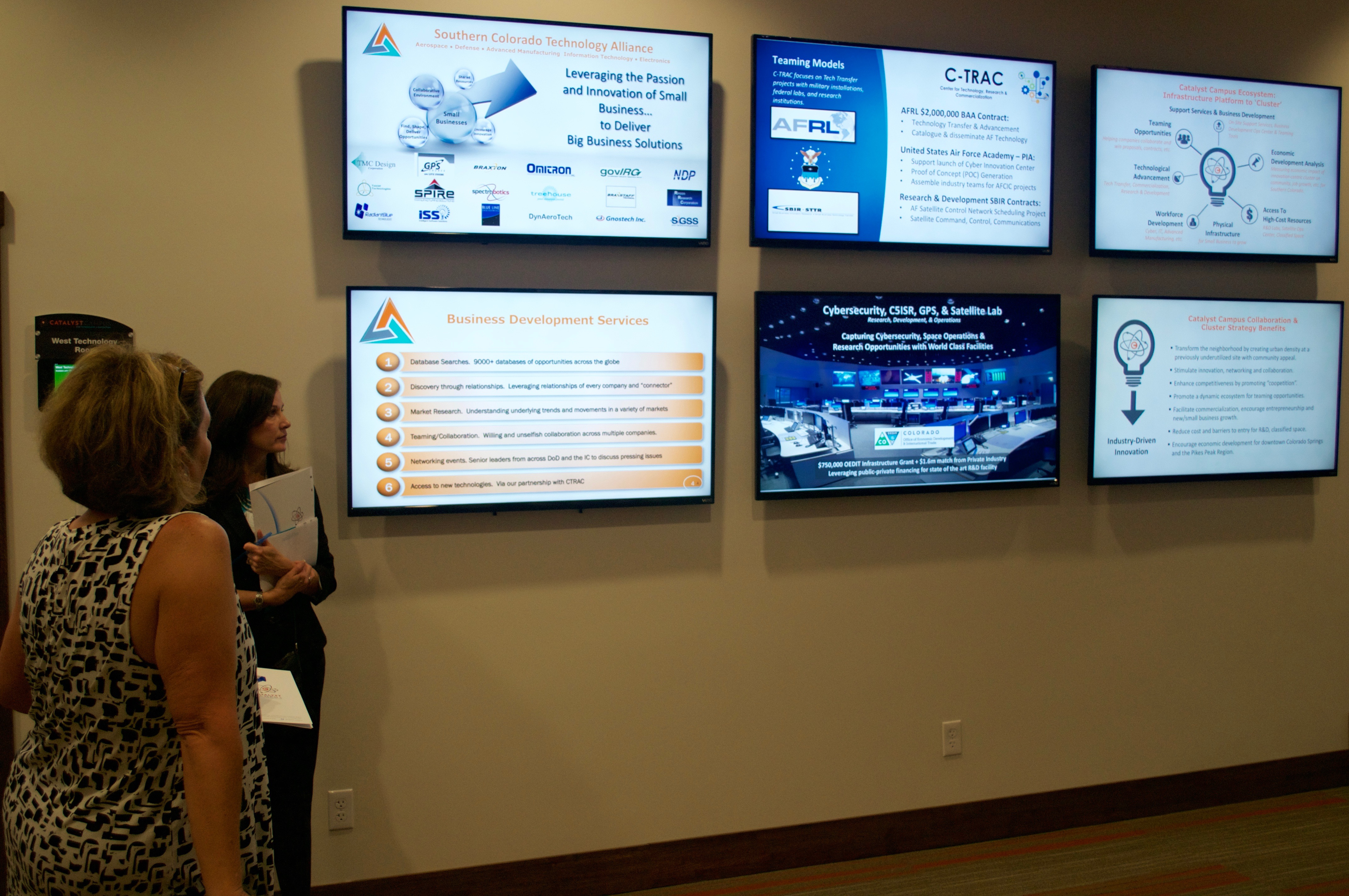 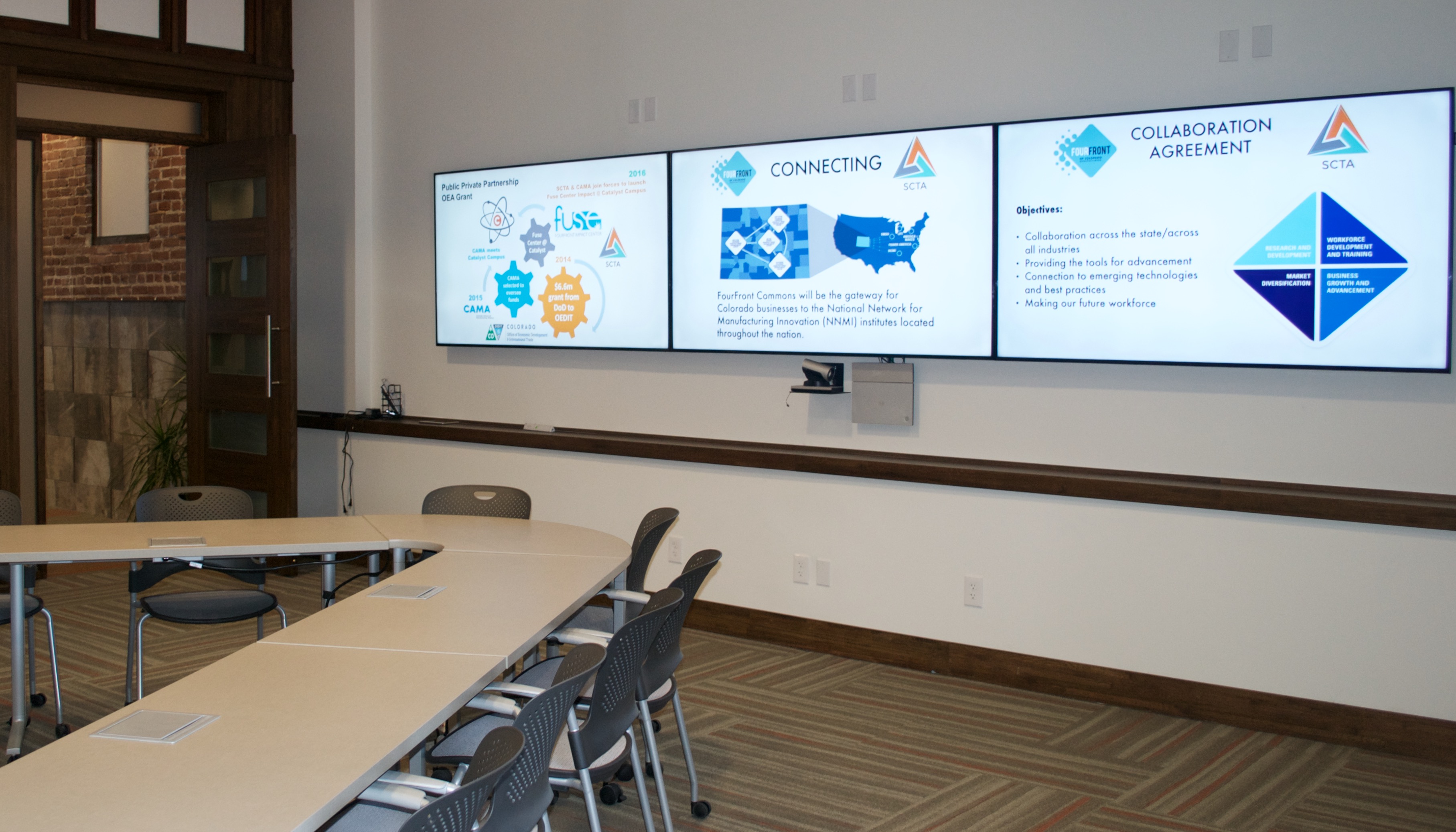 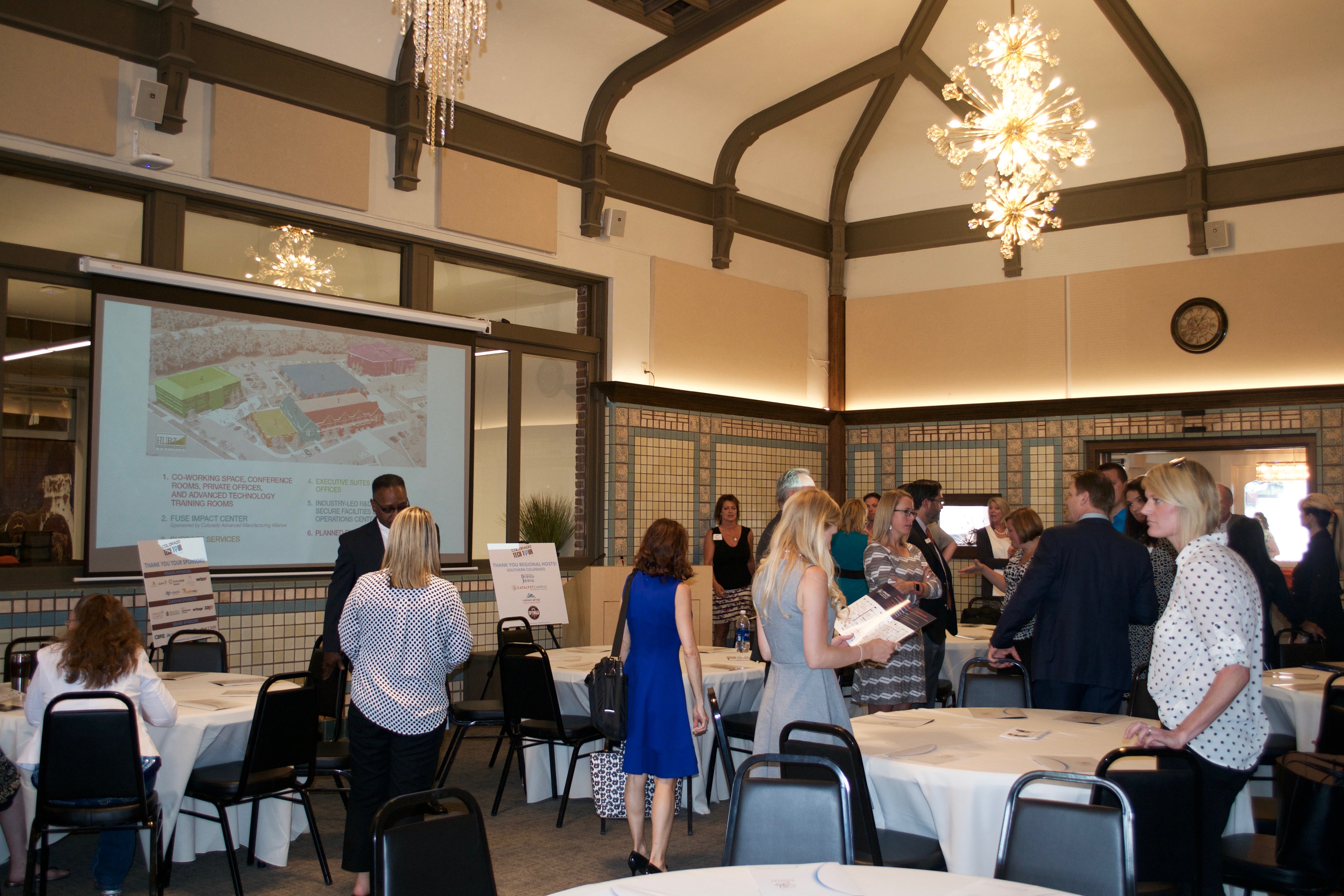 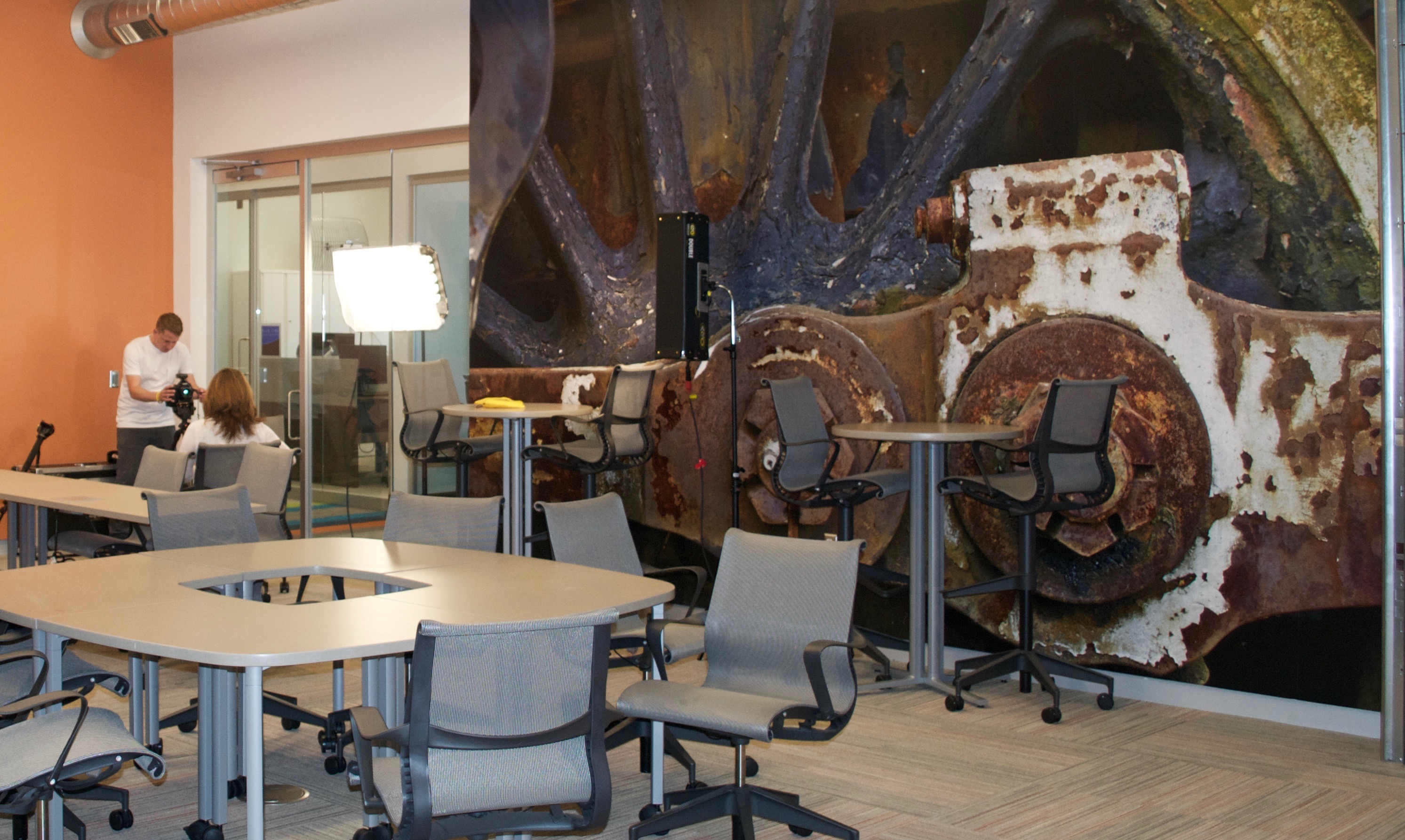